Band of Brothers: Where it actually happened. 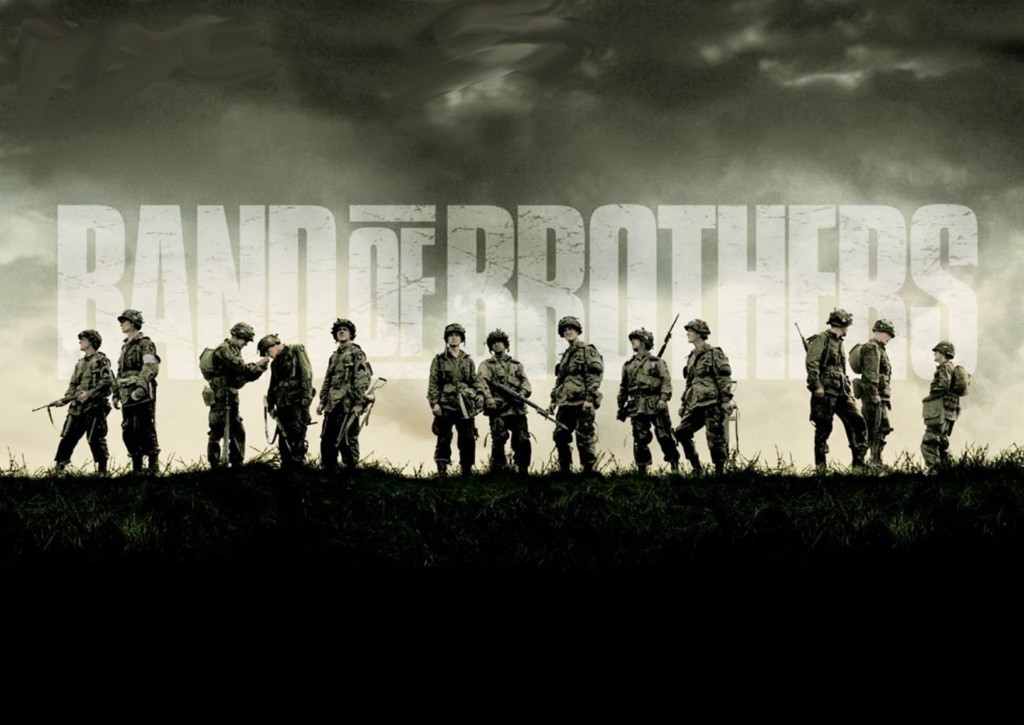 The ‘Band of Brothers’ Story – Where it actually happened.

The exploits of Easy Company, 2nd Battalion 506th P.I.R. are well known thanks to the book by the historian Stephen Ambrose and the HBO mini series. In the following pictures we wish to show you where in reality some of their famous actions in Normandy took place. However, it is important to remember that whilst the story of Easy Company is so well known, thousands of other allied airborne soldiers in Normandy were carrying out other tasks equally as difficult with the same resolve and determination. 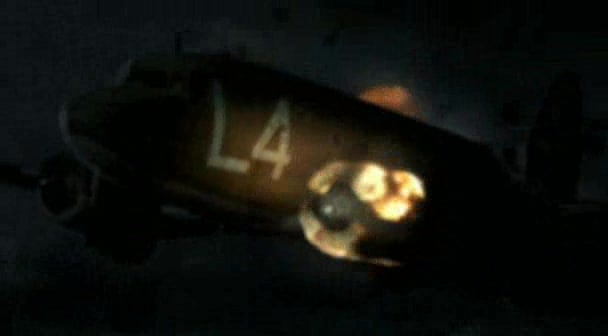 Easy Company’s lead plane flown by Lt. Harold Cappelluto was hit by Anti-aircraft fire and whilst his aircraft was burning Lt. Cappelluto tried to make a forced landing. The C-47 transport crashed into a field at Beuzeville au Plein. Everyone on board was killed including Easy Company’s Commanding Officer Lt. Thomas Meehan. 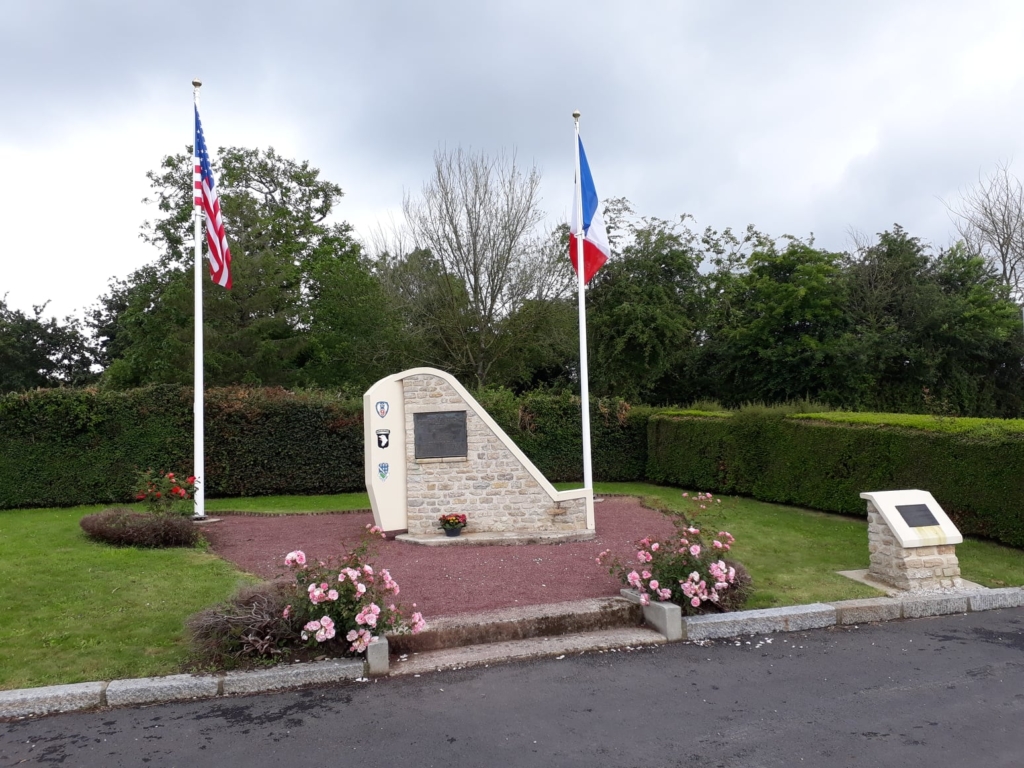 The aircraft actually crashed in the field behind the hedgerow in the photograph. 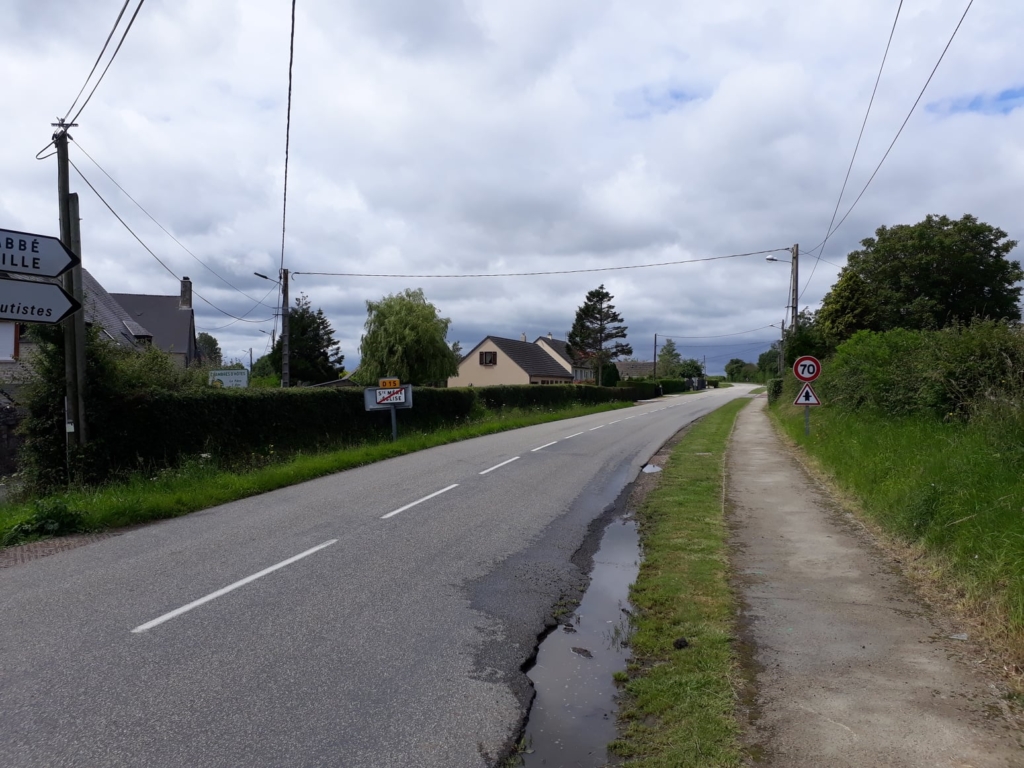 Although Major Winters himself could not be 100% sure where he landed, he recalled he was to the West of St Mere Eglise, in a field near to a junction of two roads. The general consensus of opinion is that it was here on the D15 just by the town limit. 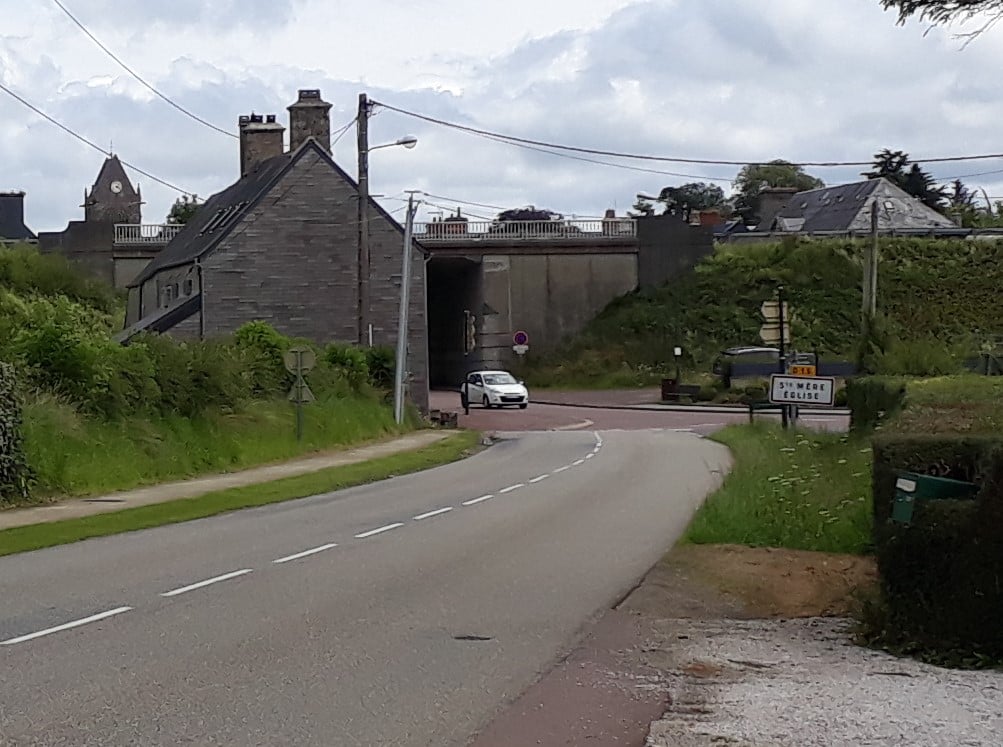 Looking back from where Maj Winters (Lt. Winters at the time of course) landed, towards St Mere Eglise. The Germans had set up an anti -aircraft gun and a machine gun close to where the modern day by-pass crosses over the road (just to the right of the white car). 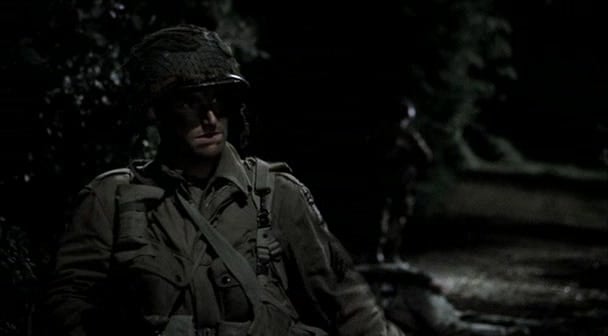 Easy Company’s first action was the ambush of a small German horse drawn convoy in a dark tunnel., Sgt Bill Guarnere defied Lt Winters and opened fire on the Germans before Winter’s command.
In truth, Easy Company played little part in this action. They were to the rear of a column of some 50 other men commanded by Lt. Colonel Robert Cole of 502nd P.I.R. who would win the Congressional Medal of Honour at Carentan. 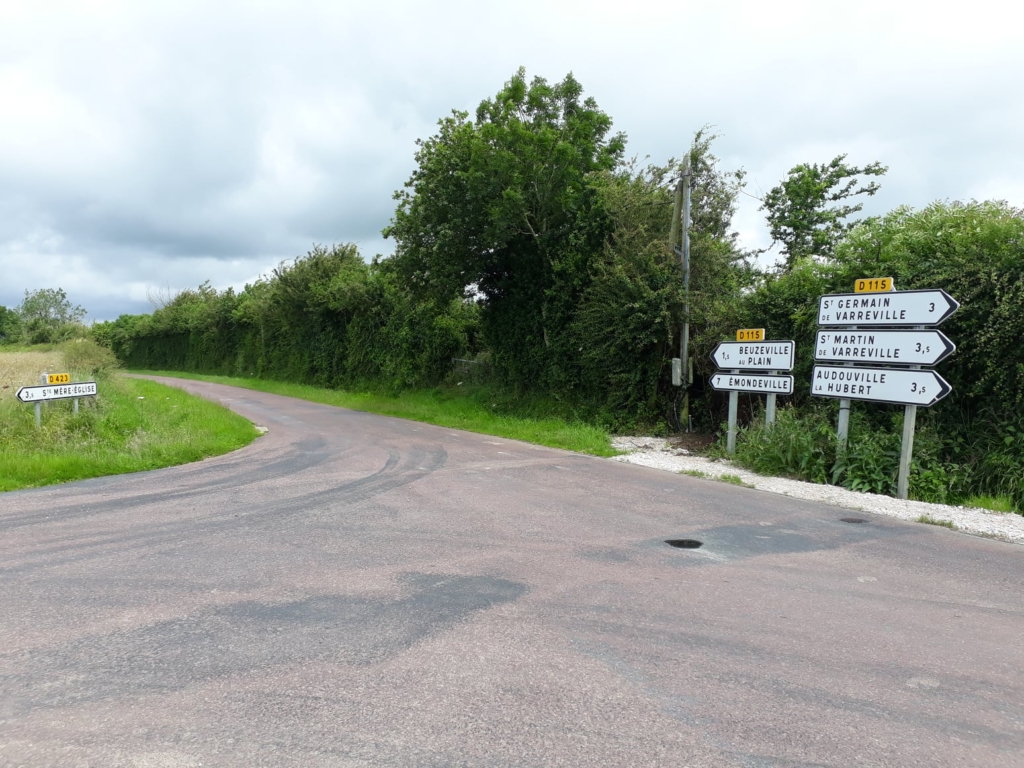 The Ambush did not take place in a dark tunnel, it happened here at the junction of D423 and D115. The Germans approached up the road towards the photograph. The waiting Paratroopers were concealed in the hedgerows. 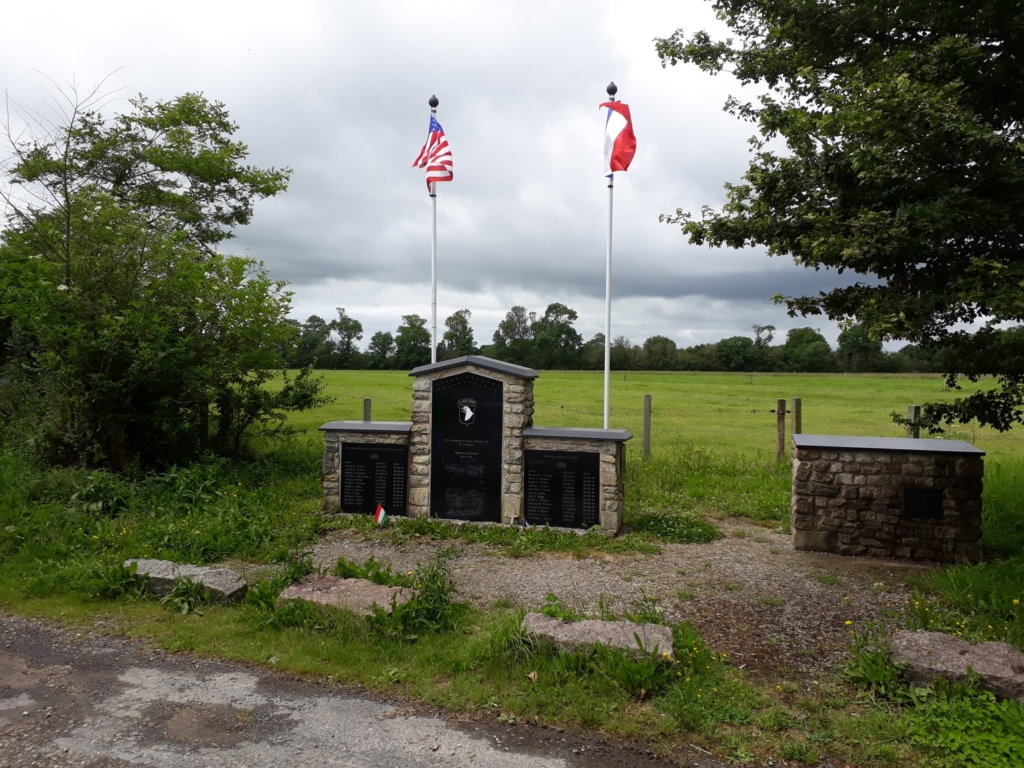 Easy Company’s best known action in Normandy. Attacking and neutralising four German Howitzers which were bombarding UTAH Beach. The German guns were placed behind and to the left of the hedgerow in the distance. 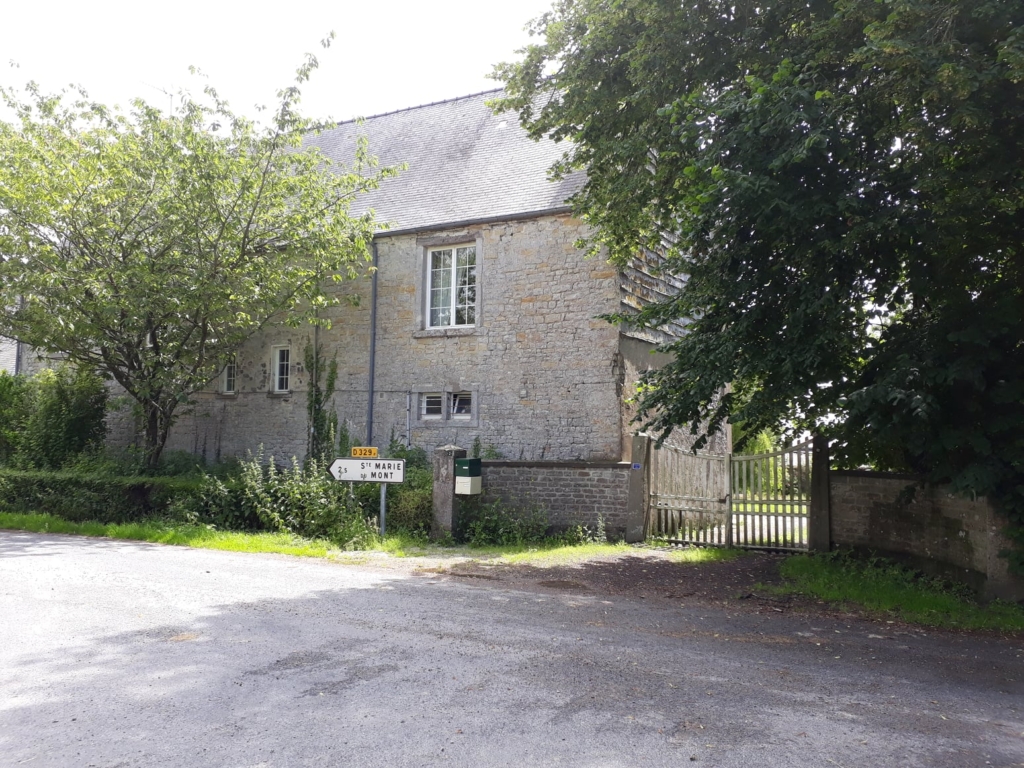 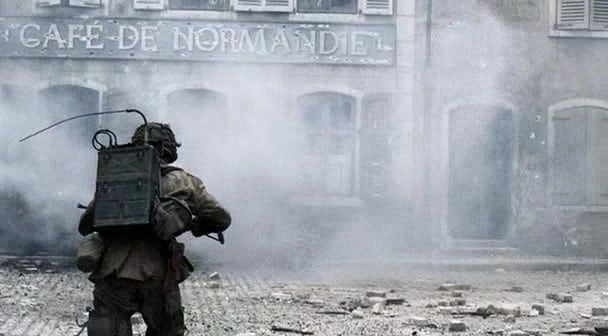 On 12th June , 101st Airborne Division made a three pronged attack on Carentan. Easy Company was part of 2nd Battallion’s attack from the South of the town. At 06.30 they started their attack along the road into the town. Withering machine gun fire caused the men to freeze. Lt Winters in a desperate attempt to get the men moving repeatedly ran from one side of the road to the other kicking out at men lying in the ditches. Winters restarted the Company’s momentum and the advance went on.

The Bar du Stade (not the Cafe Normandie) overlooks the junction. The Germans had a machine gun in the first floor windows. Lt. Welsh’s leading group, who became isolated when the advance faltered, took cover behind the Pharmacie wall until the others eventually caught up.

House to house fighting. Using a well practiced technique, two men would clear a house whereupon the first soldier throws a grenade through the window, the second kicks in the door and finishes off anybody left after the grenade explodes. 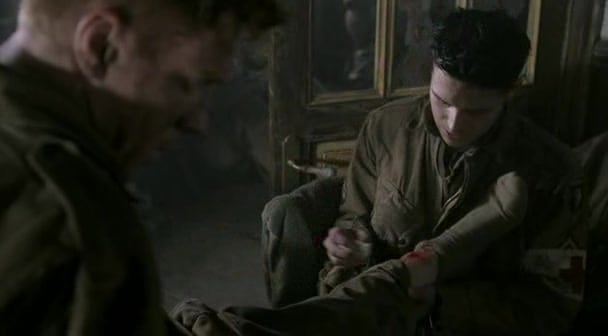 The Aid Station Carentan. Here, Winters’ injured foot was treated, Lipton’s face and upper leg was treated, Albert Blithe’s hysterical blindness was treated, along with Tipper and many others from the 506th. 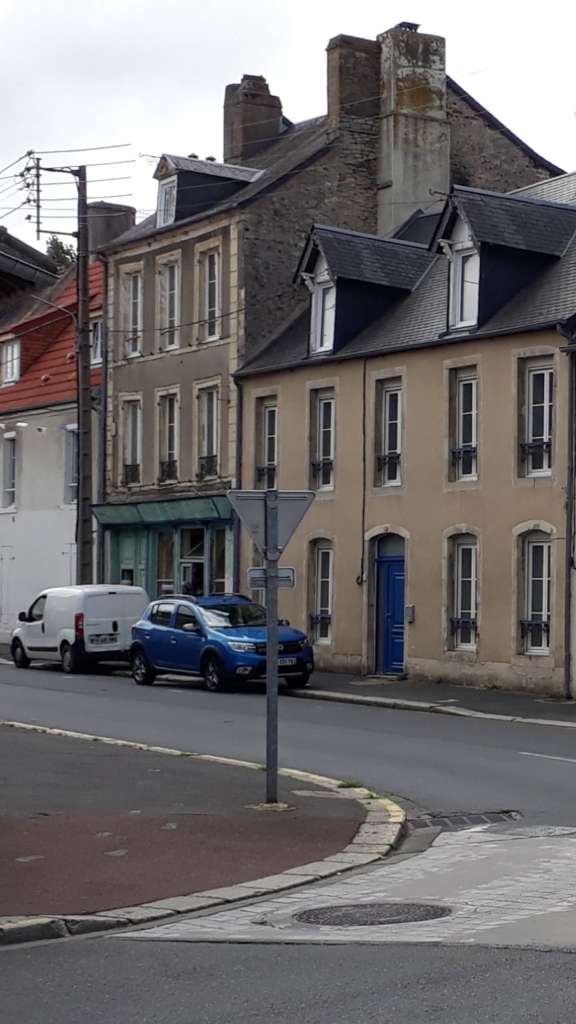 The house with the green frontage is the site where ‘Doc’ Roe set up his aid station, to the south of the railway lines. Many of the 506th wounded were treated here.

The Germans had pre set their mortars to fire on this important crossroads. The mortar fire causing several casualties. The railway line in 1944 was a simple level crossing. These days it is a high speed line with no access apart from the foot bridge where this photograph was taken from. 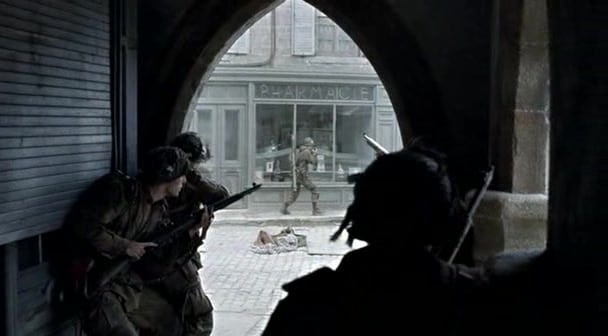 The Producers of Band of Brothers tried to re create some of the more familiar buildings in Carentan.

The Arcade, as it really is today, in the centre of Carentan, at The Place de la Liberation.

Realizing the European theatre in which World War II combat were fought is one of Band of Brothers’ greatest accomplishments. The Easy Company recruits are the protagonists at the beginning of the narrative as they undergo training at Camp Toccoa, Georgia, before being sent to Britain to get ready for the “day of days,” or D-Day, and their entry into the war. The settings change dramatically throughout the course of the next nine episodes, from the cosy warmth of France and Carentan to the cool of Autumn in Holland, the desolate frozen forests of Bastogne and the Ardennes, the rejuvenated bloom of Spring in Germany, and the triumphant Summer in Austria.

Band of Brothers recounts the genuine tales of the ordinary men who sacrificed their life during the war to help safeguard innocent lives. The series is able to sidestep the dangers of blind hero worship and concentrate more on the incredible things the troops were able to endure and accomplish together through shared bravery and mutual support because each episode focuses on a different member of Easy Company.

Walking the streets and standing where they stood is a powerful experience for fans of the show.